I thought that you might let me get away with a post about a graveyard - being as it is almost the season of Halloween.

On Tuesday, after work, I stopped off for a wander around the graveyard at the old church in Wentworth. 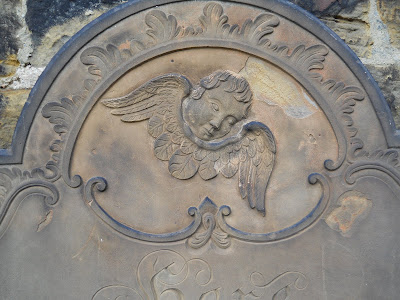 Some of the graves in here are from as early as 1641. Many belong to ordinary village people from Wentworth and nearby villages of Hoyland, Elsecar, Harley and Thorpe Hesley. 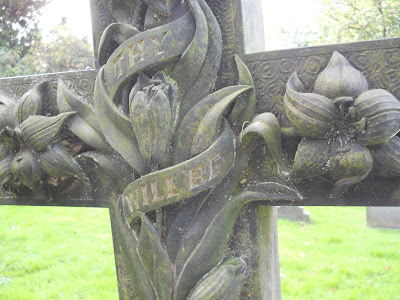 As I have mentioned before, the church is maintained, but no longer used. The newer church lies across the path. No one leaves flowers here anymore, in stark contrast to the newer graveyard, but I think it looks better without flowers. 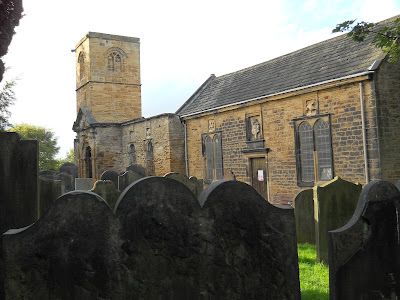 The Marquis of Rockingham and Earls of Fitzwilliam and Strafford have their Crypt here too. The Crypt is accesible from inside the church on open days. 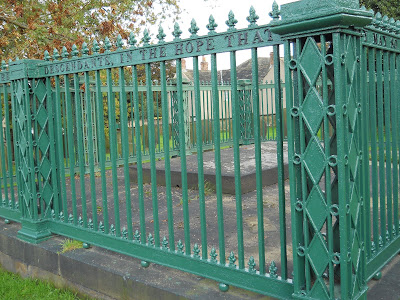 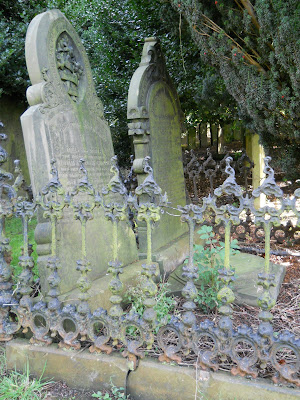 I went armed with a few old leaflets I have which tell the story of some of the inhabitants. Hurray for local historians! It made me realise how essential graveyards are for piecing together local history. 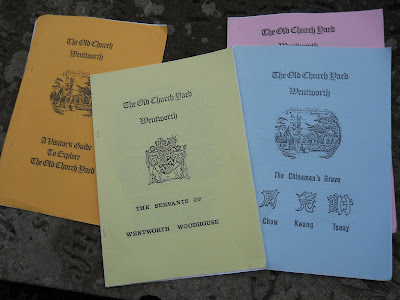 There are a few graves that tell tragic tales - this one tells of the drowning of a young lad in the newly built reservoir that was built to feed the canal that would carry coal dug from the local mine. This would have cast a big shadow on the progress of new transport links I suppose.

And this one tells the very unusual tale of a young chinese boy that was brought back by a Captain Foster - an English merchant of whom little is known. No one really knows why or how the young chinese boy aged around 10 years old found himself in Yorkshire transported from China in 1843. However it was widely known that the Fitzwilliam family were a charitable bunch - the locals still talk about them fondly to this day. It appears that they educated him well, but sadly he died in his late teens. 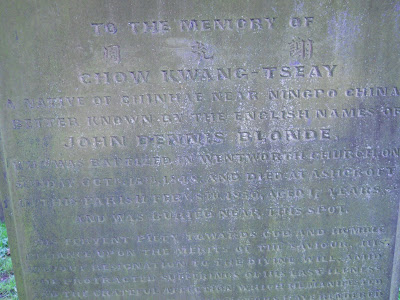 What prompted my visit, was watching the excellent Sunday evening series Downton Abbey. The head housekeeper was talking to the butler and saying how she often wished she had chosen a different path - working in a factory or something similar. This would have meant that she stood a chance of marrying and having a family, whereas Housekeepers rarely did. I remembered that the grave yard contains the graves of many staff from Wentworth Woodhouse - including 2 of its head Housekeepers. 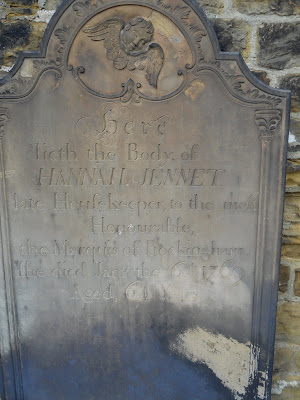 Their graves were paid for by the estate - which I suppose didn't happen every where. I wonder if Hannah (died 1769) and Margaret(died 1843) would have been amused to know that they would be featured on the internet hundreds of years after their death! 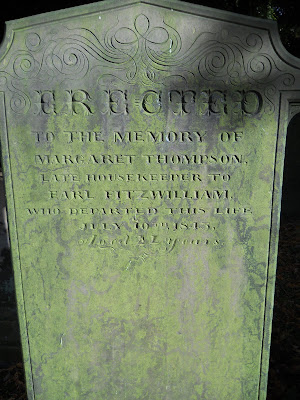 Dairy men, stable hands and even village shop keepers are honoured in the grave yard. 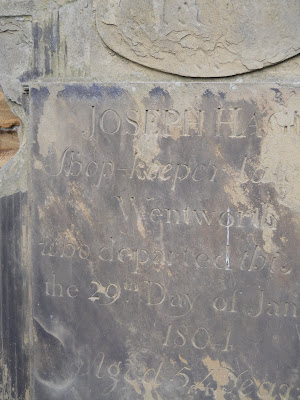 And finally, how about this as a prop at your Halloween party - very spooky indeed! I must admit, it had me on edge. 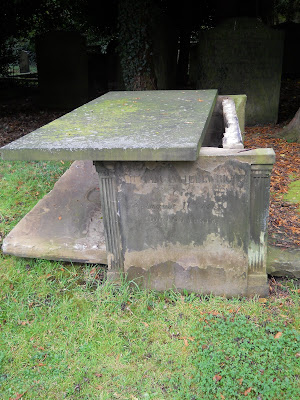 There is some beautiful carvings on those gravestones. I used to work with someone whose surname is Hoyland, she was from Sheffield.
Lisa x

Ah, Dowtown Abbey! I watched the 1st episode during my stay in the UK!
I love your graveyards, so fascinating and different from our boring cemeteries made of concrete and faded silk flowers!
xxxx

I LOVE graveyards, just LOVE them. Our local church has an "interactive" churchyard which can accessed via the internet. There is a drop down list of familily names and when you click you get an ariel view of the grave and details of it. How cool is that??? I was gobsmacked when I came across it as it is such a tiny village. Another follower of Downton here too.

Oh my goodness that open crypt is incredibly creepy! I love a good nose around old graveyards although I feel so sad that some of them are so old that you can barely read them anymore.

They don't make headstones like they used to do they? All this marble is very nice but I'd rather have a whacking great big carved angel out of stone!

Absolutely fascinating, Diane. I love the carvings on the very early stones - they all have diffrent meanings. I do love wandering around church yards I've done quite a bit of it looking for ancestors whilst doing family history and helped record stones for a family/local history society. I'm enjoying Downton Abbey too and also Michael Wood's 'History of England through one village in Leicestershire' on BBC4 it's so interesting. I must admit that open tomb is quite spooky and I'd give it a wide berth!:)

A fascinating fascination Diane ... I must admit I am partial to a bit of graveyard visiting especially when covering the family history .... it freaks my OH out however! Downton is a must watch .... I love Sunday evenings again. Did you peak inside that open one .... I would have ;-)

There is something morbidly fascinating about graveyards isn't there? Especially Victorian ones. The carvings are a work of art, and often the words can have me filling up.

Facinating. Housekeepers & Butlers were married to their jobs really -devoting a lifetime of service.

I'm watching Downton Abby as I have a bit of " thing " for Hugh Bonville !

We often walk through the Churchyard & hubby was comenting on the old crooked & sinking crosses & headstones. Jess then gave us a graphic description of erosion & decay !

Gosh i bet that was an interesting excursion. There seems to be more information on the older graves than modern day ones. That last one makes you stop and think.

I grew up in an old town with graves that "told a story" about those buried beneath. I always found it interesting to wander around, and did so from youth on. You can learn a lot more than some would imagine!

Very interesting post, and really, not morbid for me at all!

I love graveyards so you can post about them as often as you like. There are some really gorgeous gravestones in this one and it is great that you can still read the inscriptions, so many have weathered away.