The seaside towns of Cabourg, Dives Sur Mer, and Houlgate on the Normandy coast must be the best kept secrets in France. It would appear that this is where Parisian families like to spend time in August. The beaches are vast when the tide goes out and the resorts themselves are very smart - much nicer than Deauville and Trouville down the road. 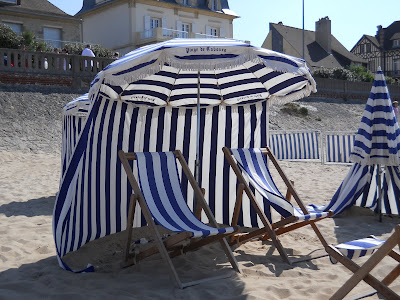 Cabourg is built around the very grand "Grand Hotel". It was a favourite of Marcel Proust, and they had someone dressed as him promenading around. I wasn't allowed to take a photo of him as the dancing queen thought it might just be someone "strange" and she was highly embarrassed! 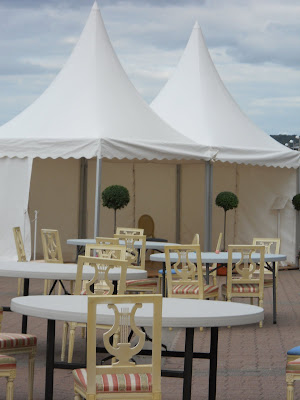 They have some wonderful little shops here too. I disappeared into a fantastic sewing shop for ages. The young man was sent to find me. He declared it the wierdest shop ever because apparantly everybody in there looked like me!! 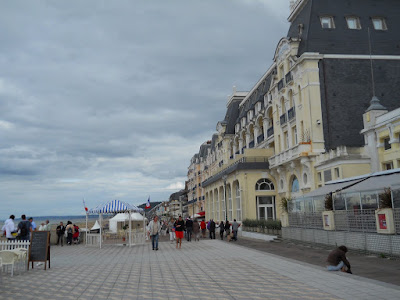 It would also seem the the french like to catch their starters before heading off home of an evening. Everyone was after what looked like cockles. Millions were being harvested - the dancing queen wondered how the cockle population would survive! 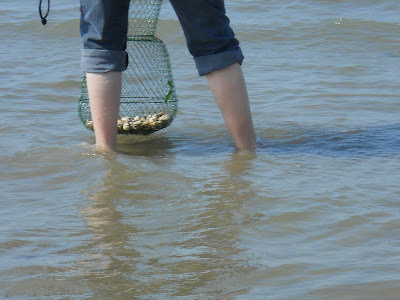 Dives Sur Mer was between Cabourg and Houlgate and it is from here that William the Conqueror set out to invade Britain. However the harbour looks nothing like it did it Williams day, the Marina was very swish with lots of fancy moored yachts. 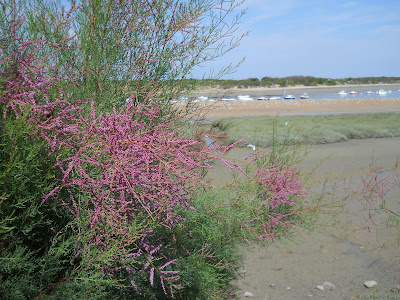 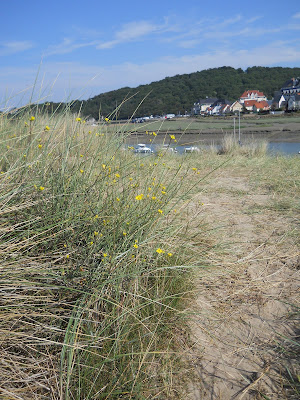 Houlgate was my favourite though - it was so very well kept and sweet. 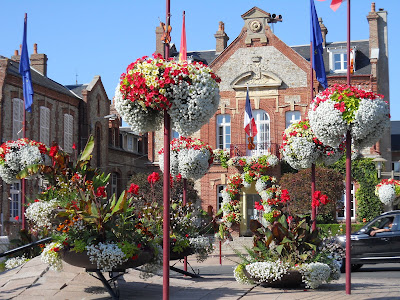 They call it the Belle Epoque town and the casinos, hotels.... 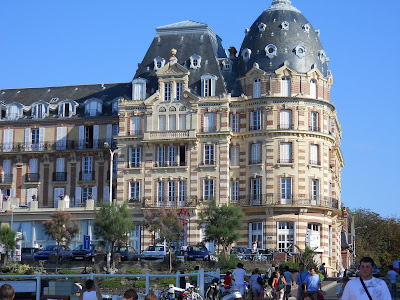 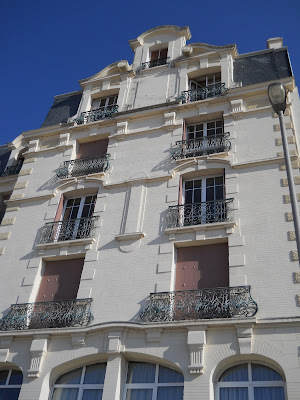 and villas were all very huge, amazing and very very well kept and used. 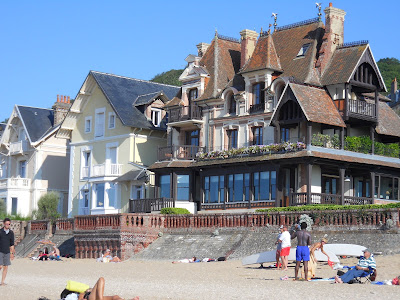 The young man and I spent and afternoon fossil hunting in the cliffs here too. He is really interested in Geography and has just been on a visit with school to our own eroding coastline in Yorkshire - so he was able to tell me all about cliff erosion and "boulder clay". I learned a lot from him! We found some great little finds in the boulder clay too.

No wonder the french have kept these special little places to themselves.
Posted by Diane at Tuesday, August 17, 2010

How fantastic and beautiful - I want to move there right away.

Did the young man remove you from the yarn shop just in time, or had you managed to purchase something??

Ah...it looks wonderful...I could happily go there now...been cleaning all morning and now I am faced with a big dinner to cook...need to just lie on a beach and here the waves hit the sand...xxx

Welcome back!
Thank you for sharing your French experience, I'm really enjoying travelling with you in Normandy for free! ;0)
xxxxx

What a beautiful place.

It all looks so lovely. I have been wanting to go to Deauville for ages, but might have to change my plans now...
Your photos are truly great!
Little note about my teaching method, I really feel that listening to the audio books helps a lot. I begin to understand a lot more, you really get the feel of the language. Vocab should come with the reading...
Hope there is lots more to come about Normandy.
Forgot to say in my last comment that I really love the Whitstable bikes!!!

Looks like a very lovely location AND you had sunshine - well worth escaping these grey, wet shores for :)

oooo it looks very swish , no pics of inside the shop tut tut lol, I love cockles mmm

Such lovely photos Diane and such an interesting post too. So glad you all had a lovely holiday together and re. our conversation earlier in the year ... how nice they still want to holiday with you ;o)

Sorry I've not been around in blogland much the past few weeks, I needed to rest but I'm getting better every day :o)

Looks like a lovely place to vacation and your descriptions are truly enticing! Makes me want to pack my bags to head out to all the places you've already been!

A lovely, lively post. I particularly loved the photo of the hotel with the rounded roof and little round windows set into it........... just so beautiful!

I could never understand why the French bits in Atonement were filmed here on our north east coast but I now see some similarities with your photographs (though the real French seaside looks much prettier).

Those places look so chic and so clean - lovely - I've enjoyed visiting with you:)

Have you been cloning yourself to avoid being found in interesting shops?!
Lisa x

Ah, that first photo, such panache. When I go to the beach all I see is these plasticated striped windbreaker thingummies, you can always rely on the French to crank the style factor up somewhat.

It's been so lovely catching up with your French adventures, brought back some memories!! Deauville and Trouville were regularly visited when I was a child, and a couple of years ago I went to Cabourg - I thought it was lovely too - and I bet I know which shop you're talking about! Just behind the Grand Hotel, near the beach!