I could have been a star.

Hi All, Hope you have had a good weekend. This morning was the first cricket match of the season for the young man, so Dad and I sat in the absolute freezing cold for 4 hours watching and supporting him. His team had a great match and they won, so it made up for the cold. All the parents joked about how the sun would come out as soon as the match was over, and low and behold it did. We got home and I put the dinner on - a bargain turkey from Waitrose bought late on Easter Saturday (top tip from "Cottage Smallholder") and shoved in the freezer till now. Should have cost £24 and cost £8.00. I love a bargain, and it will feed us for the week!! Whilst the turkey cooked, we went for a walk across the old coal tips - now a lovely unspoiled area. 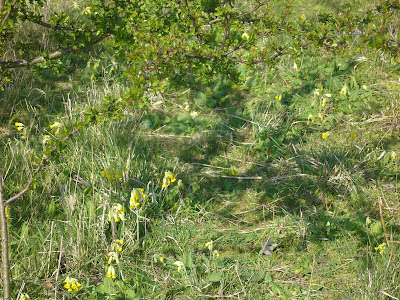 The coal mine that had been here in the past had been used as a location for a couple of movies after it had closed down. One was "Pit Ponies" a disney film, and the other was "The Price of Coal" which was written by Barry Hines. I remember auditioning for the part of the miners daughter one afternoon at comprehensive school (we didn't have a choice, the headmistress made us all go). Barry Hines had been my English teacher when I first started there, but he left to pursue other avenues shortly after. It was a few years after "Kes" had been made into a film (also shot around here - i'll photograph some of the locations at a later date). I was auditioned by Barry Hines and the film director Ken Loach. I remember being disapointed as I had gotten it into my head that he was the one who played Ken Barlow in Coronation Street (Bill Roache). Anyway, I was scared to death, but managed to get into the final 3!!! On my final audition, I was far more relaxed, totally over acted, and lost the part to a girl called Jayne Waddington who was very shy at that time. And that was the end of what could have been my brilliant movie career. I could have been having Meryl Streep around to share the turkey!!! Actually, its a good job I didn't win the part. I was about to leave school, and had secured a position in the office at a local opticians with the fantastic starting salary of £14.50 per week (my friend got £16.50 on the dole!!) I would have had to give up the job, and my mum said that she wasn't going to let me do that as jobs were hard to find in 1976. My mum still tries to clip my wings even though I am nearly 50!!
Anyway, the colliery is no longer there and the area has been left to go back to nature. The hills are covered in cowslips, forget-me-nots, comfrey, teasels, bluebells etc 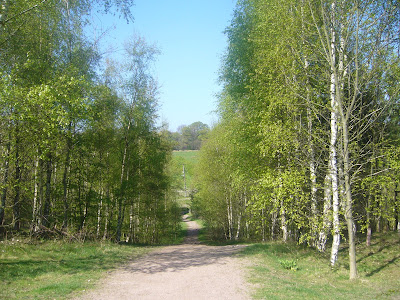 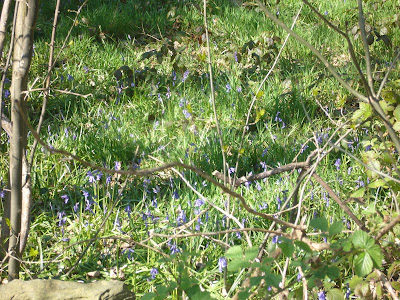 One of my favorite plants for "foraging" is just about to bloom - the wild garlic. It has a very distinctive garlic/onion smell and usually grows by rivers or streams. You can use all of this plant. The bulb you can use as you would a garlic bulb. The leaves can be chopped very finally and added to mayonnaise or salads, but my favorite bit is the white flower which is totally edible and looks amazing in salads. It tastes just like garlic butter. Be warned though that all of it is much stronger than ordinary garlic, so avoid eating if you are out on the pull later!!! 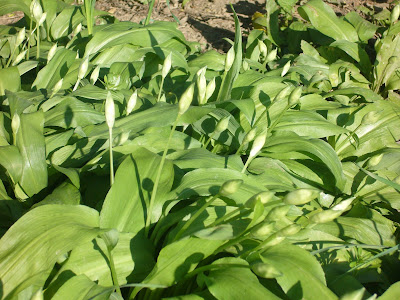 Ooh so you were almost famous! How exciting, but I'm sure the job was more fulfilling than a star studded career ;)

Love the picture of the path with the trees either side, that's so pretty.

Bargain turkey sounds good, we had a whole duck with hoisin sauce and pancakes for tea last night that was half price at £4.55 from Sainsburys! Yum :)

What a lovely part of the country! Amazing what can be done with old tips! I didn't know you could eat all of the wild garlic plant, though I think I might leave it well alone - elderly stomachs can growl alarmingly at such things!

And fancy nearly being a star!!

I love wild garlic - we have a little patch at the top of the garden - the smell is wonderful. Well, at least you brushed shoulders with the famous for a short while:) My first job in 1966 was £3.10 shillings a week rising to £5 after a few months there - by the time I'd paid bus fares to get to work and board to Mum - I had very little left:)

Beautiful pictures again.
I love the the way you describe your adventure in auditioning and your first job. I think you could still find fame as a writer!
x
Sumea